Disney Infinity put on a NEXT fan event in five cities across the country to promote whats coming out for Disney Infinity. Don’t worry if you didn’t see the video presentation they had in the theater, they have it on youtube below. 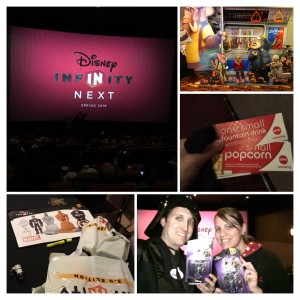 While they gave out more details on the next Marvel Battleground sets, they also went into details on how they came up with Zootopia characters coming to Disney Infinity. Also announced that lovable bear Baloo will be coming to Disney Infinity in April when the new movie is released. So basically every time a new Disney movie is coming out, new figures and playsets will get released with it which is super exciting. I mean think, we will get Finding Dory figures or playset (not sure how that is going to work) Dr. Strange in November and hopefully Star Wars Rogue One playset in December.

Everyone at the AMC at Downtown Disney who attended got an officer Judy Hopps figure for free along with Captain America Disney Infinity Battleground poster, free popcorn and soda. We were also encourage to dress as our favorite Disney Infinity characters and as you can see I went as Darth Vader. Then we were all treated to an advance screening of Zootopia. No spoilers here, just a quick summary of the film. I didn’t know what to except for this film but I really did love it. It reminded me a lot of Inside Out that made you laugh and think how we feel about each other. Certain animals have stereotypes about other animals, just like we do about about certain people. This was also one of a big moments in the Sievers family life, our daughters first time seeing a movie in a theater. She was on the edge of her set for most of the film. So we are proud partners. I could tell you more about but I don’t want to give away any spoilers. So if you love Inside Out, go see Zootopia! Now we are off to play some Disney Infinity games with our Officer Judy Hopps character. Thanks Disney Infinity! 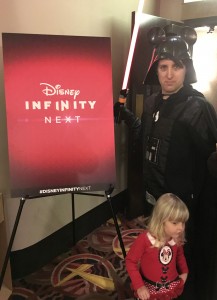 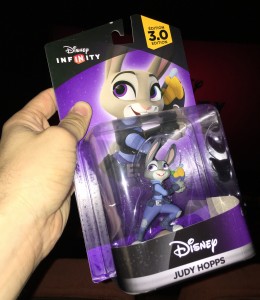