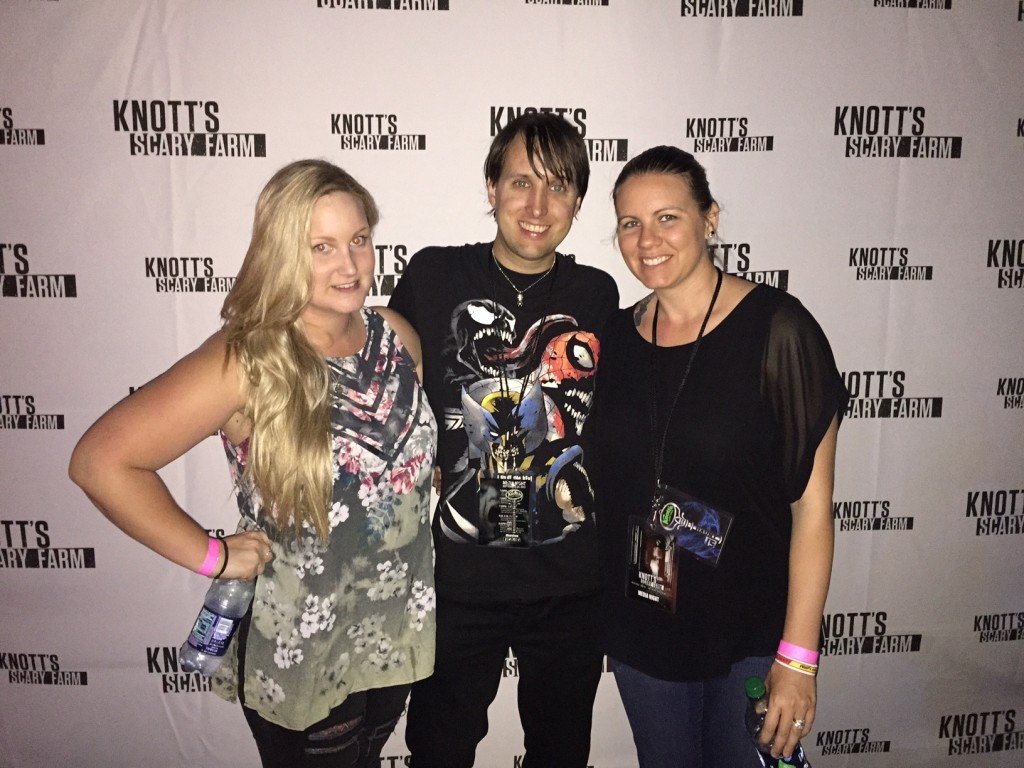 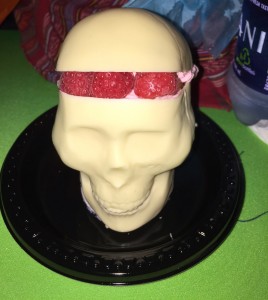 We were luckily enough to be able to attend the Knotts Scary Farm Media & VIP night. We brought our friend Jami who is visiting us from Australia and had never been to Knotts before. At the event, we enjoyed an amazing buffet dinner topped off with some interesting deserts. Our favorite desert was a white chocolate human skull with human brains made from pink puddling and topped with rasberries. As you can see in the photo, it looks both amazing and scary to eat.

One of our favorite events of the night was the amazing Elvira Asylum stage show. The show featured nonstop entertainment along with non stop boob jokes. The show also had one of the longest and funniest hash tags I have ever seen – #MyGodElviraLooksAmazingAndSoYoungAndSuperSexy! 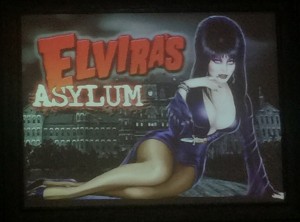 The 11 mazes were all great. Returning were some classics like the Edgar Allen Poe inspired maze Nevermore which puts you inside of his most famous poems like “The Raven” and “The Tell-Tale Heart.”

You will never think the same of Disney’s classic tale in the Pinocchio maze where Pleasure Island is more like horror island. Speaking of Disney. Are you a fan of Frozen? Do you hate Frozen? If you answered yes to either question then Dead of Winter is the maze for you. It basically takes the story of Frozen and turns it into a horror movie – complete with the snow queen chasing after you.

If you thought going to the dentist was scary, wait until you go through The Tooth Fairy maze at Knott’s Scary Farm. By far, it is the the scariest maze, with gruesome images of teeth being pulled that you won’t get out of your head for weeks. Of course they have that non stop dentist drill noise going throughout the maze.

As a fun new experience, Knott’s added live people scaring you on the mine train ride which is now called My Bloody Clementine. It was awesome!

Buy your tickets or season pass now at https://www.knotts.com/scaryfarm/ 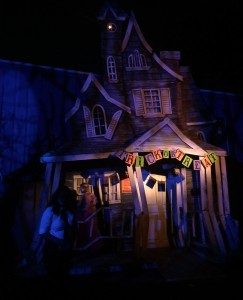 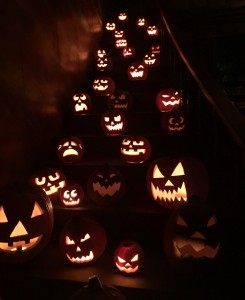 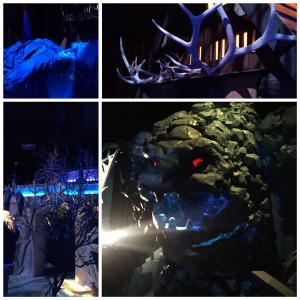