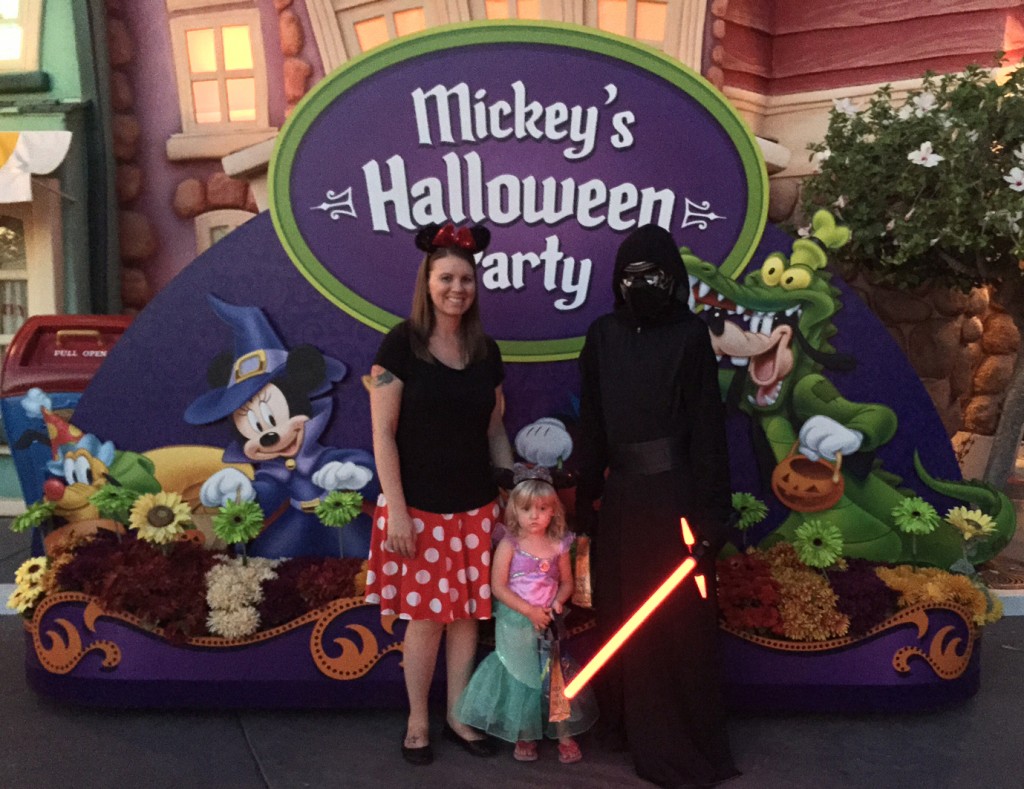 While Halloween trick or treating in communities is only for children, not at Disneyland! You can trick or treat no matter what your age is because at Disneyland, we are all young at heart. While Mikey’s Halloween Party does cost extra even if you have annual pass but its well worth the price. 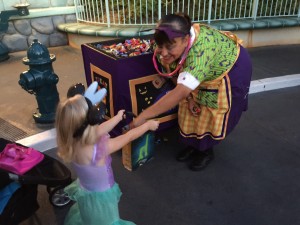 The event features 10 different Halloween Trick or Treat trails. Many of the trails featured 2 – 4 candy stations. They also featured healthy snacks if you ask for them instead of candy. You get so much candy out of it. When you get to the park you are given a wrist band and make sure to grab one of their free tot bags. However come prepared because your tot bag will fill up quickly. We bring an extra back pack to put the overflowing candy into. I will ware you that its pretty heavy at the end of the night. Since we have a two year old, we have a stroller to put the bag in so we don’t have to carry the 40 pounds of candy goodness.

Of course how can you not trick or treat without dressing up. I’m dork and went as new Star Wars villain Kylo Ren which was a popular costume at it and I believe will be a popular one on Halloween. My wife went as Minnie Mouse and our daughter went as Little Mermaid. 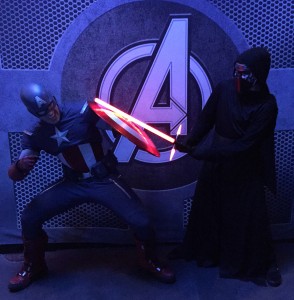 As you can see in the pictures. Angela picked up and loved trick or treating really easy. Could be because she did it last your or maybe she just likes getting free candy. I like getting free candy but this is the only time you get to wear costumes inside the park. So to get an amazing photo of me with Disneyland’s Captain America is simply my favorite reason for going. They also have villains out to meet in town square and of course the hosts of Halloween Jack & Sally by Haunted Mansion. One of the hidden charater meets was inside the pirate theme trick or treat trail in Frontier-land. We got to meet pirate Donald Duck there. 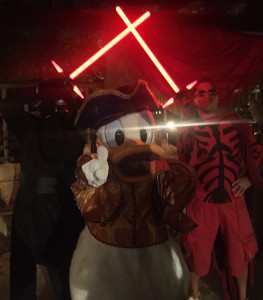 One of the best Disneyland firework shows is the Halloween Scream which is hosted by Jack Skellington from Nightmare Before Christmas. Zero even flies across the sky above the castle link Tink or Nemo does in other firework show. Jack appears on a giant white ball that inflates above the castle. With light that protects onto the ball. I was hoping they would have lights on on the buildings like they do in the Disneyland Forever firework show but sadly now. Maybe next year. So for the best spot, you got to get as close to the castle as possible. I was hoping they would add something different to the Disney Paint the Night parade before the Halloween fireworks but sadly no. But like I said, maybe next year.

Speaking of next year that’s when you will have to go next because every year sells out quickly. They usually go on sale sometime late July. The good thing is that Disneyland never over sells the event. The rides are pretty empty because most people are on doing the Halloween events. So overall its worth every penny for the extra cost. I also have to add that my friend Kevin and I have started a countdown to StarWarsLand facebook page where we encourage everyone to take a “camp out” photo in front of Big Thunder Ranch which will be the entrance to it whenever it opens. It was a big deal for us to get a camp out photo in our Star Wars costumes. 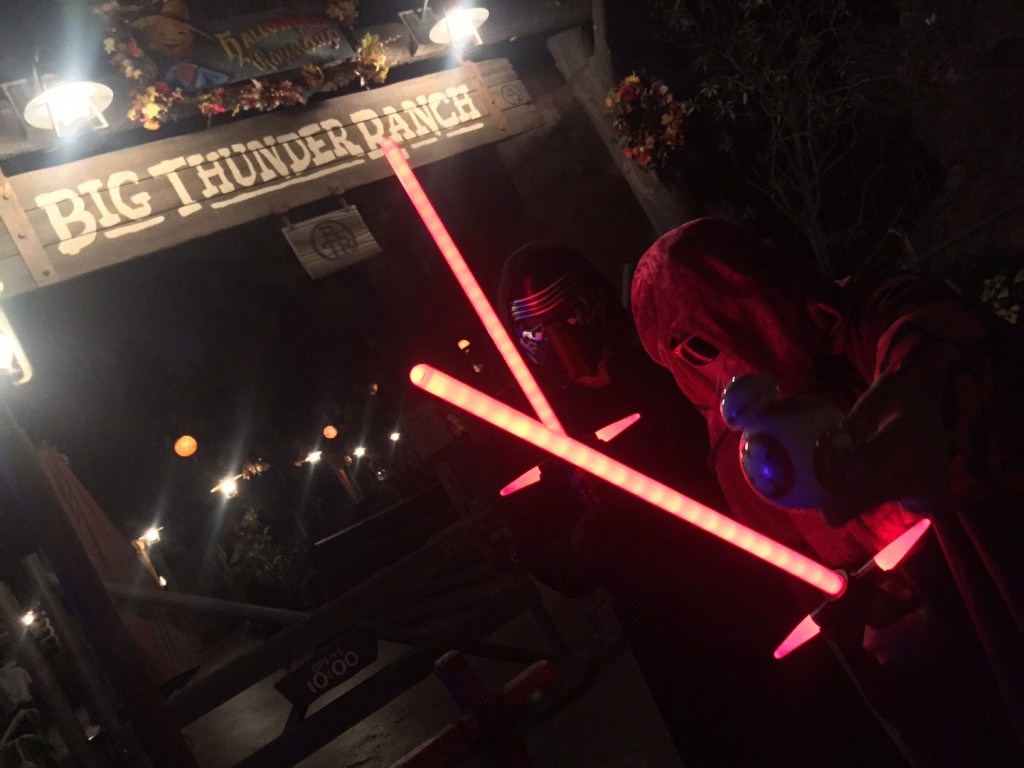