For my birthday this year I wanted to go somewhere for dinner that was fancy, a lot of fun and something different. Our friend Kevin suggested The Magic Castle in Hollywood. I have always wanted to go there, but I am one that hates spending a ton of money on fancy dinners, so I knew this would be a fun splurge for my birthday. Was it worth the higher price tag then I am used to? YES! YES! YES!

For those who don’t know, The Magic Castle is an exclusive private clubhouse for members and friends of members of The Academy of Magical Arts and is located in Hollywood right behind Hollywood & Highland. There is a strict dress code to get in. Men must be in a suit & tie, dress pants, and dress shoes while women must wear a cocktail style dress.

Once you arrive through the front door (and pay your entrance fee) you enter the main part of the castle by speaking the magic words to an owl statue – “Open Sesame.” Once through the passage you really feel like you are in a magic castle. Everything including the bathroom is fancy and has a rich history.

The only negative part of the night was that photos aren’t allowed inside the main part of castle. They are only allowed in front of the castle on red carpet area and then right inside the front door (see if you can spot the owl in the background that we said magic words to in order to enter the main part of the castle). As one who loves to take photos, it was very hard to not be able to use my camera. 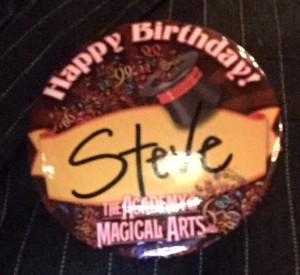 With dinner you are given a ticket to one of the main rooms for a magic show – we were given tickets to The Palace of Mystery. In the castle there are other rooms like The Parlor of Prestidigitation which holds only 22 people so you have to line – so lining up at least a half hour ahead of time is a must.

In between visiting rooms, there are plenty of magicians in and about around one of the many bars. Let me just say the magic tricks will blow you away – Vegas magic shows times two! We all kept saying “freaking magic” all night! Just as warning – most magicians get the audience involved so if you don’t like getting pulled up on stage, try and set in the back. I wanted to be picked and with the help of my birthday button I got pulled up once to assist in some magic.

After the $30 entrance fee, dinner of roughly $50-$60 a plate, and drinks we easily had over a $100 night, but I give their dinner 5 and half stars. So while Magic Castle is an expensive price tag, like I said earlier – it is worth the price! 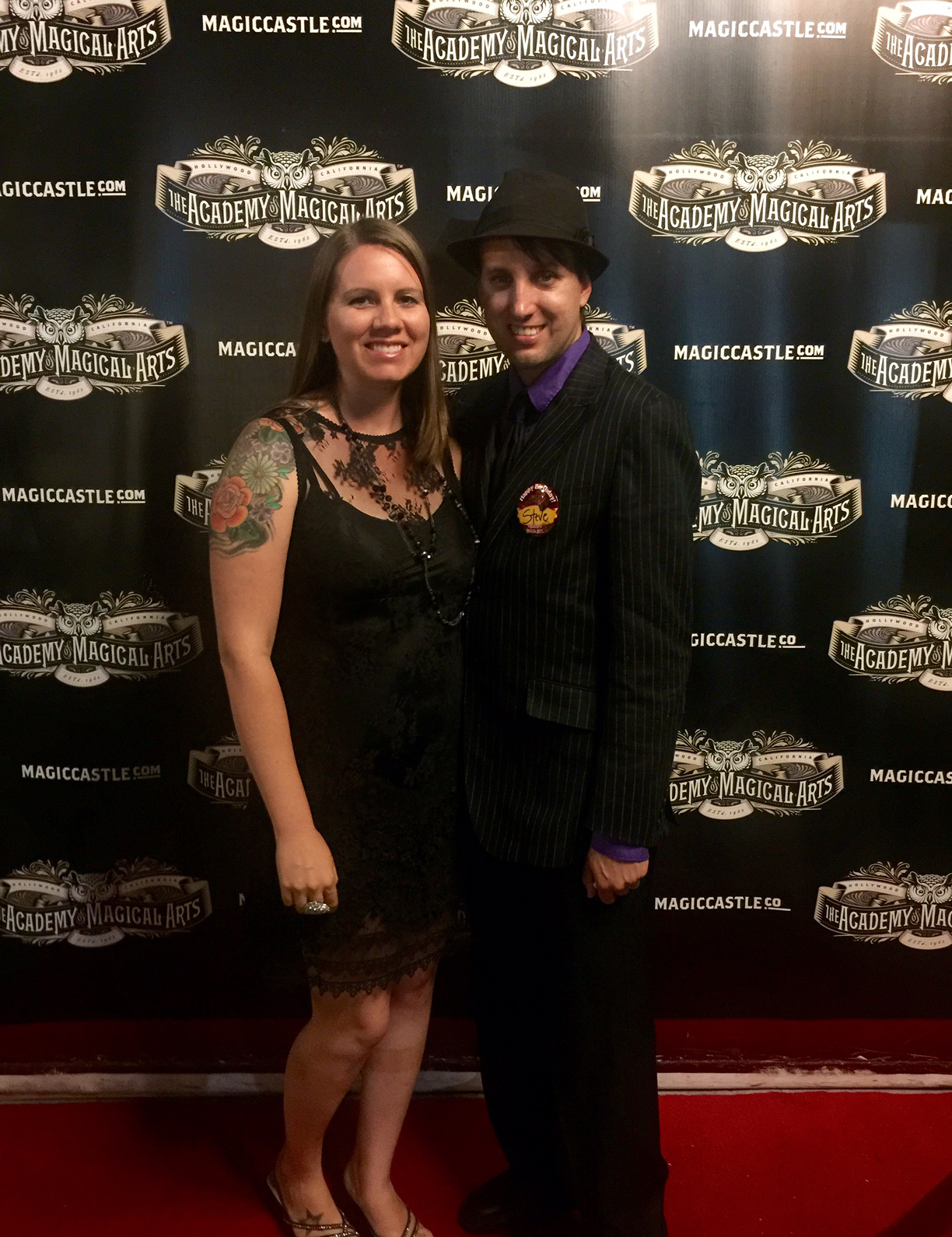