Think about the number of local, state, and national elections covering candidates for office and the diverse array of ballot initiatives that are part of the yearly cycle. The most effective way to get in front of the voting population is through the mailbox. 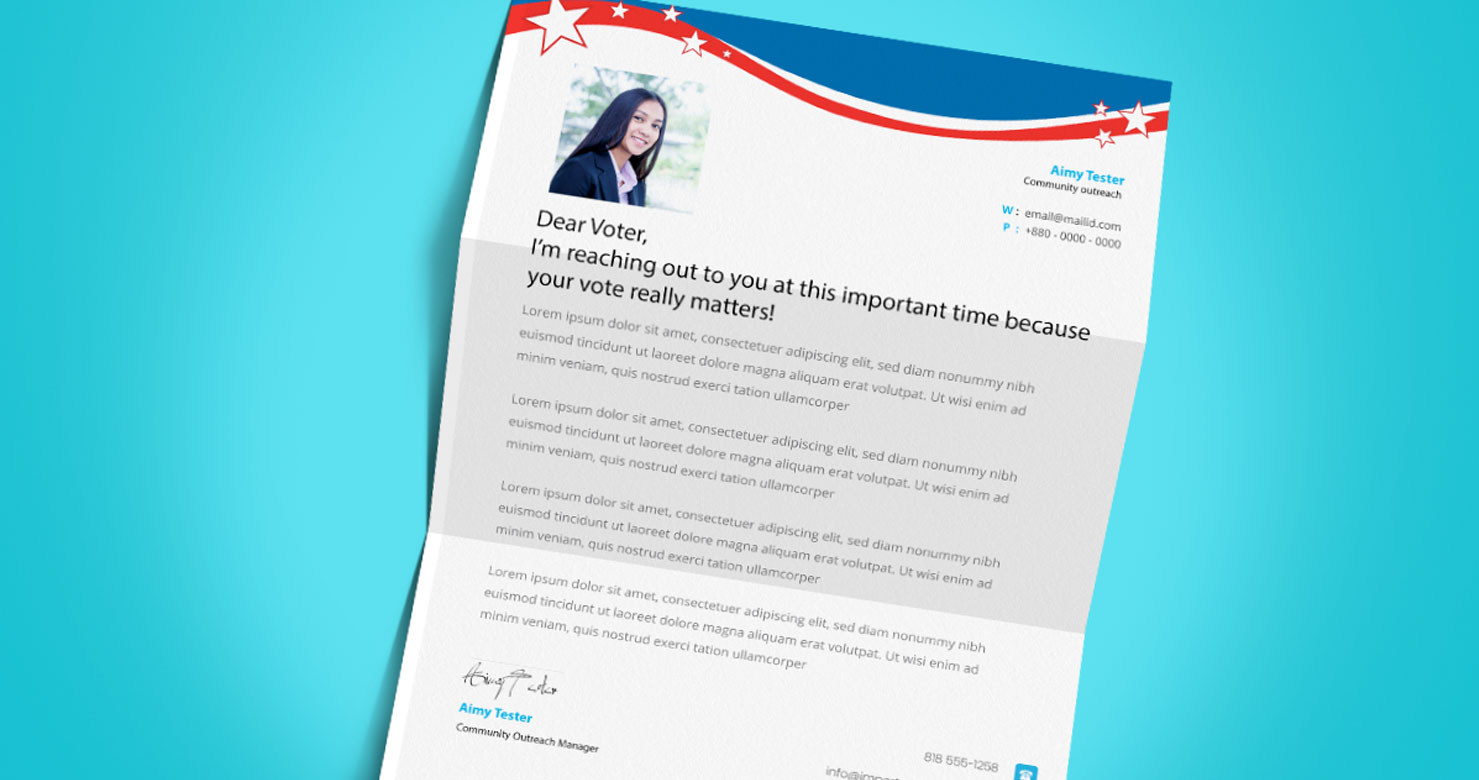 Political mail is a winner. Think about the number of local, state, and national elections covering candidates for office and the diverse array of ballot initiatives that are part of the yearly cycle. The most effective way to get in front of the voting population is through the mailbox. Every registered voter has one, and it ties them to a specific set of issues, initiatives, and candidates. Consultants working with political aspirants and organizations promoting ballot initiatives recommend a variety of mailers, including letters, brochures, and jumbo postcards.

Letters are at the top of the list because they appeal to voters in every age band. While mature voters are familiar with political letters, Millennials and GenZers are intrigued because they typically don’t receive many letters. They haven’t made it on many mailing lists yet, like those for charitable giving, so political letters jump out and grab their attention.

Letters are a great way to introduce new candidates or initiatives in a friendly manner. Many consultants recommend sending letters every time the candidate or initiative receives a notable endorsement from a well-known person. The rule for letters is to use an attractive stock with a colorful design and readable typefaces in a size large enough to be read easily! A picture of the candidate or an image related to the campaign draws the reader into the story and provides visual appeal.

Glossy brochures are another hot item in political mailing. It provides the space to introduce or remind voters about the candidate, their positions, successes, and passions. While many candidates try to get to constituents via text or email, message delivery isn’t as reliable as the political brochure. Many consultants recommend getting the first brochures ready to land in mailboxes six or eight weeks ahead of election day to make the first impression. Go big and go colorful, so it stands out in the mailbox. Keep the text targeted, and use readable fonts, with the largest type focused on the candidate or issue.

Postcards are one of the most popular elements in the political mail tool kit because they provide focus. Most consultants recommend that you create a series of mailings using the jumbo postcard format (measuring 6” x 11”)

to stand out and keep the candidate and issues top of mind. For candidates who worry about the cost, most consultants still say to go big. They advise that the smaller format postcards get lost among the bills.

The USPS delivered more than 63 million ballots for general, primary, and special elections in the Autumn 2021 cycle. Behind every ballot were millions of mailed political communications helping candidates grow their visibility and promote their positions. They aren’t the only users of political mail, however.

Associations and unions are two more opportunities for political mailers. These organizations often endorse specific candidates by sending mail to inform and persuade their members to vote. Similarly, associations and unions have elections with passionate candidates vying for internal leadership positions, often off-cycle from general elections. Business, sports, philanthropic, and community associations also go through regular cycles to elect their leadership and are often active in general election cycles to promote their views on candidates.

Political mailing is a huge opportunity. Your Level 27 Media team can help you build packages to meet any candidate or initiative need. Don’t forget to ask about supporting signs and banners!

Over 20 years of design and printing experience